Our 5th ‘Best Android Battery Savers’ post features 5 great games that we believe you all will love to play. Of course, these games all have great battery use to keep your phone or tablet lasting even longer for your enjoyment.

Want to see more addicting Android games great for your battery? Check out part 4 of the 10 best Android games with low battery drain rate if you missed our last post. We are always taking new app suggestions that you all want reviewed. Want to see how a certain app affects your phone? Write to us in the comments below!

For reference, some games, as you already know, severely drain your battery – 1000′s of mW on average.

A game starts to have poor battery performance when it starts using over 1,700 mW on average. 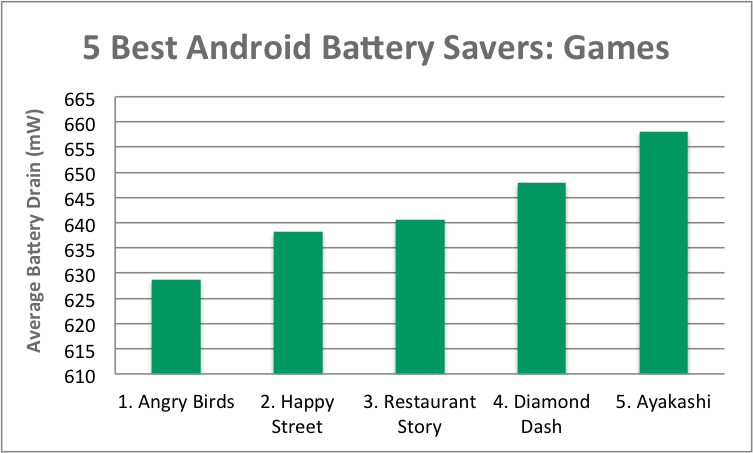 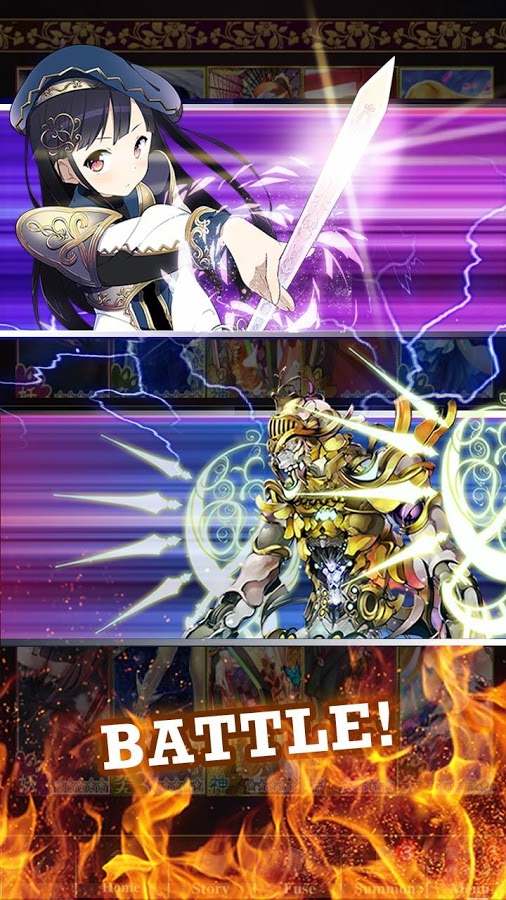 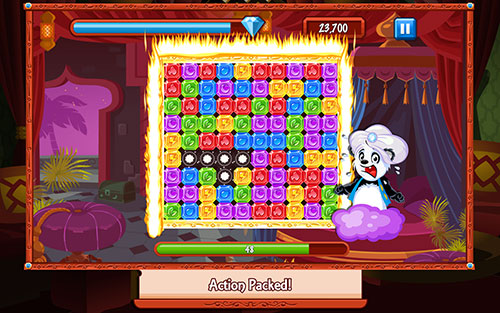 Another hit game by Wooga, Diamond Dash will have you addicted in no time in this thrilling matching puzzle page. Diamond Dash’s Android battery saver rate is on average (62% less than what is considered poor). 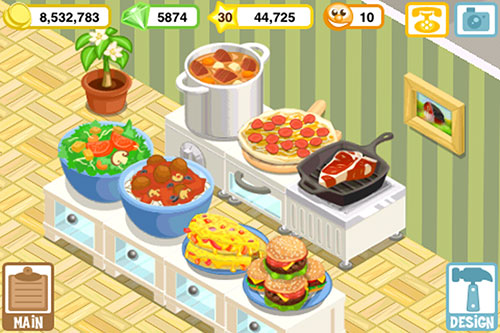 Restaurant Story is a fun new game that allows you to design your own dream restaurant to show off to friends. Restaurant Story’s Android Battery Saver rating is on average 62% less than what is considered poor (640.63mW). 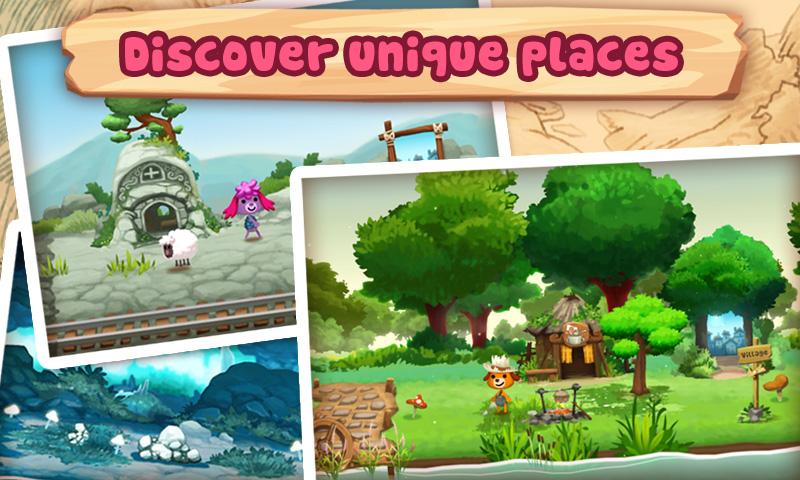 Discover a fun world full of funny and customizable characters with Happy Street. Happy Street’s Android battery saver rating is on average 62% less than what is considered poor (638.21mW). 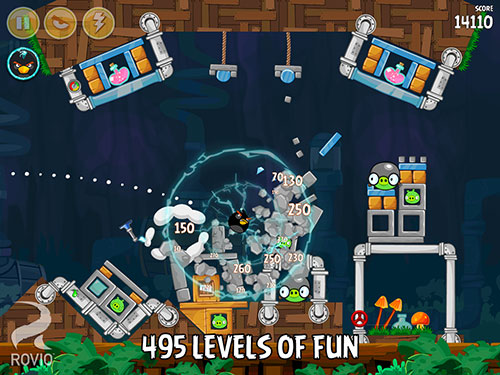 Angry Birds is without question one of the most popular and most successful games for mobile. What’s even better about this game, though, is that Angry Bird’s Android battery Saver rating is on average 63% less than what is considered poor (628.71mW).

That concludes our 5th post on Android battery savers for games, helping you find the best Android games that consume the least amount of your battery. We hope you all enjoy playing these awesome new games!

Our posts are presented to help you discover great new Android apps, that aren’t only discovered based on the number of downloads they have, but by how well they perform on your device and how other users enjoy them. All data is aggregated and collected anonymously from M2AppMonitor, now available on Google Play.

If you haven’t already, download M2AppMonitor, and subscribe to our newsletter using the signup form at the top of this page!