Battery Drain Rates of the Most Popular Android Games

When choosing a new Android game to play to pass the time at work, Android users usually scan Google Play and use an app’s number of downloads and star rating to decide what will provide them entertainment; whether at home, school, or work. However, Android users must also consider an Android app’s battery usage because, […]
0Read More

The M2AppMonitor intelligent app recommendations engine  provides 5 must-have Android utility apps that are both highly-used and resource-efficient. With the increasing number of developed apps in the Android market today, it is harder than ever for Android users to choose the best apps that not only highly-used by other users, but also proven to not […]
0Read More

M2AppMonitor fans are already aware of how M2AppMonitor helps users see which of your apps use the most of your device’s time (foreground or background), data, memory, battery and more. In addition to using M2AppMonitor to keep your device running efficiently, Viviana Woodbury, of Appdeveloper.org, lists 5 helpful Android security apps that will keep your […]
0Read More

For the millions of Android users who know from personal experience the toll popular apps can take on their device’s data plan, battery and CPU, a new upgrade from M2AppMonitor - the first-ever crowdsourced app quality management tool for Android – couldn’t come at a more propitious time. Introducing M2Catalyst’s M2AppMonitor 2.0, a significantly enhanced new […]
0Read More

High Data Usage Apps: An insight into which Android apps have used the most data in the M2AppMonitor Community

With mobile service prices always seeming to be on the rise, keeping your high Android data usage app in check should be one of your top priorities; we all know it’s easy to rack up data with all the high data usage applications keeping you busy. Making sure we stay within our data cap is […]
0Read More 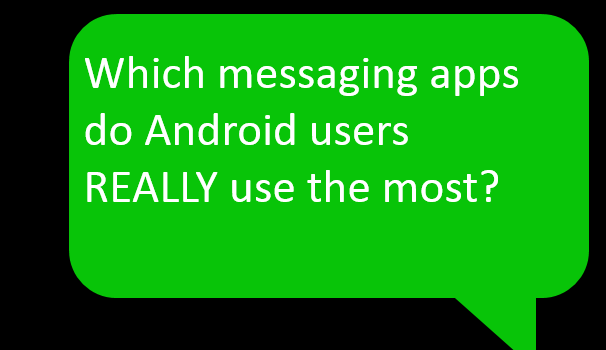 Do You Get the Message: 5 Android messaging apps that are used the most

The tech world is still buzzing after hearing the news that Facebook acquired WhatsApp. WhatsApp is a giant in the field of over-the-top Android messaging apps with 400 million users, but they are not alone. Several over-the-top Android messaging apps have started with niche audiences and have expanded to nine-figure user bases as well. With […]
1Read More
Load More
12
page 1 of 2

The M2AppMonitor blog is geared to supply you with fun, statistical information on as many Android apps as possible.   Want to see certain apps or categories compared to each other in future blog posts? Feel free to write to us here.
Popular Posts
Recent Posts
Archives