This crowdsourced community report is provided by M2AppMonitor, a free Android app available on Google Play to optimize your Android device by showing which of your apps use the most battery, data, memory, and more on your device. 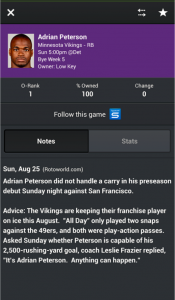 With almost a third of all NFL-related app activity, Yahoo Fantasy Sports dominates as the most popular Android football app. The app features include live and mock drafts, live scoring, and helpful roster management features. 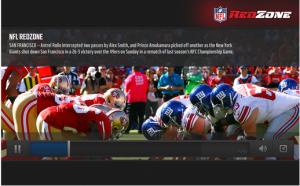 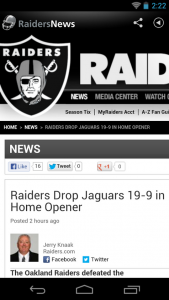 Despite a 4-12 record, the Oakland Raiders take the prize as having the most engaged Android NFL app users. Despite the shortcomings with the team itself, no one can question the devotion of the Raiders fans and their undying support for their team. 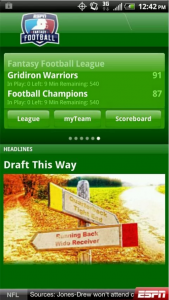 With the ESPN Fantasy Football app, you can manage multiple teams and leagues, follow your matchups in real-time, add/drop/trade players, and make last-second lineup changes from wherever you are. Spend your Sundays constantly connected to all of your leagues and teams and you won’t miss the chance to grab that backup RB turned fantasy stud. The ESPN Fantasy Football App provides the added advantage you need to dominate your fantasy league. 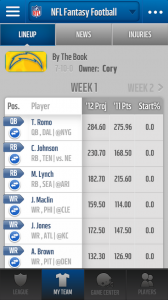 This is the latest post in our new M2AppMonitor Analysis series, where we will present you with information on app quality directly from our M2AppMonitor community. This information is packed full of invaluable insights into the Android app ecosystem. If you want to see if any of your apps are misbehaving, download the FREE M2AppMonitor Android app on Google Play today! Also, receive the latest M2AppMonitor reports and news by subscribing to our mailing list at the bottom of this page.