To help you in your quest for the best Android game apps, we’ve provided you this report on which Android apps truly are the most engaging. With M2AppMonitor’s engagement percentage, you will be able to see how engaging an app really is. To calculate this list, the apps had to fit the following criteria:

From there, we calculated each game’s engagement percentage. This is accomplished by dividing the game’s total time onscreen by the game’s total time running (both onscreen and off-screen). From this calculation, we can see which games really have their users’ attention. For comparison, we calculated the average engagement rate of the 100 most popular Android games among the M2AppMonitor community, and the average was 14%. That means that the average top game spends 86% of the time in the background, consuming your data, battery, and other valuable resources.

If you want to see which of your games use the most of your device’s time (foreground or background), data, memory, battery and more, you can download the FREE M2AppMonitor app on Google Play to regain control of your Android device. 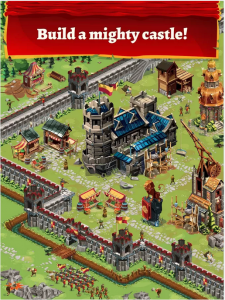 This medieval strategy game keeps users fully engaged, with an 81% onscreen rate. In addition to just being a well-designed game, reviewers point to Empire’s multi-player alliances and customizable gaming as major contributing factors to the game’s addictiveness.
2. Fantasica 63% Engagement Rate 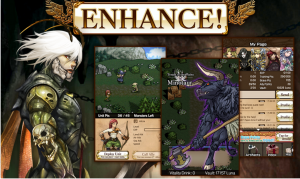 Fantasica keeps fans enthused with its combination of card collecting, role-playing, and tower defense adventure. The beautiful artistic nature of the game, created by the artist behind Final Fantasy, plays a major role in an onscreen ratio that is 4.5 times larger than the average top game. 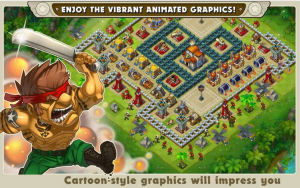 Jungle Heat has won over the loyalty of its fanbase with a well-crafted game, and a 62% engagement rate. With a rating of 4.7 stars on Google Play, Jungle Heat wins over virtually anyone that downloads it. Well over 5 million Android users have been drawn into the community of military base builders. Special Halloween features don’t hurt either. 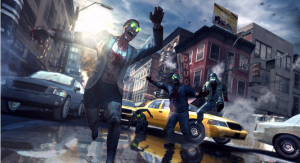 Capitalizing on the zombie craze, especially in the month of October, Dead Trigger 2 has an impressive engagement rate of 57%. I’m sure plenty of Walking Dead and World War Z fans have adopted this game inbetween airings of their favorite zombie show.

CSR Racing quenches your need for speed with race tracks located around the world, stunning graphics, and officially licensed cars. Use CSR Racing to get your adrenaline rush, just not while actually driving! 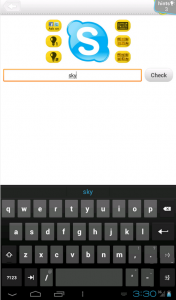 Logo Quiz has a simple concept: successfully guess the company logo displayed. Sometimes though, these simple concepts turn into blockbuster games, like Logo Quiz. With over 10 million downloads, a 4.6-star Google Play rating, and a 46% engagement, Logo Quiz is on fire.

This jewel-matching game has users locked in. With a 43% engagement rating, Jewels Star 2 has over 3x the engagement of the average of the top 100 apps.

This is the latest post in our new M2AppMonitor Analysis series, where we will present you with information on apps directly from our M2AppMonitor community. This information is packed full of invaluable insights into the Android app ecosystem. If you want to see if any of your apps are misbehaving, download the FREE M2AppMonitor Android app on Google Play today!